Plant-Based On A Budget > Blog & Meal Plan > Blog > From Meat To Complete: The Journey Of A Plant-based Warrior

From Meat to Complete: The Journey of a Plant-Based Warrior

Plant-based athletes unite! The time has come for all myths of protein and calcium deficiencies, anemia, lack of energy, and inability to gain muscle to be laid to rest. Now, more than ever, the fitness world is being flooded with some of the strongest most competitive athletes living a plant-based lifestyle. This movement is a huge middle finger to the meat and dairy industries along with those who shame us vegans for believing that no animals need to be harmed “in the making of these bodies.” For too long the word “vegan” has held a negative connotation. Let’s change that right now.

As a plant-based athlete and personal trainer, I’ve seen firsthand the monumental possibilities achievable once we eliminate animal products from our diet.  A plant-based lifestyle not only encourages our bodies to reproduce cells more efficiently, but I’ve also experienced faster recovery times after intense workouts. As our bodies get stronger physically, they’re exerting far less energy fighting chronic illnesses and diseases that come from poor diets, such as the Standard American Diet, SAD for short (appropriate because it is quite sad). The China Study, dubbed “the most comprehensive study of nutrition ever conducted,” concluded that diets high in animal products and processed foods are the main contributors to otherwise preventable health issues. These health issues include cancer and heart disease, the two leading causes of death in the US. In 2015, the World Health Organization released a statement affirming that the consumption of processed meats such as deli meats and hot dogs directly linked to causing cancer. Once these findings were announced, processed meats (and the consumption of them) were placed on the class-1 carcinogen list, a list indicating foods and substances that are known to cause cancer.  Similarly, the consumption of red meat was added to the class-2 carcinogen list, a list indicating foods and substances that possibly cause cancer. Yes, we all know animal products are high in protein, but the health risks, unnecessary killing of innocent beings, and the negative planetary effects should logically lead us towards a more sustainable plant-based lifestyle. In fact, all fruits and vegetables contain ample amounts of protein to help a person achieve their health and fitness goals. These same fruits and vegetables also have the ability to reverse and further prevent serious illnesses. Plant-based lifestyles aren’t new either. Some of the greatest minds from Pythagoras to Hippocrates, Buddha to Gandhi, and even Da Vinci to Einstein all lived a plant-based lifestyle due to the ethical and healthful benefits that came from it.

Giving up the consumption of animal products can be a very overwhelming idea for some people. Believe me when I say that I understand how difficult it may be. It wasn’t until I was 20 years old that the vegan lifestyle found me. On one fateful day in Malibu, I was in the middle of eating a tri-tip sandwich when my friend mentioned this thing called “veganism”. I looked at him like he was crazy and completely dismissed the notion of that being a way people can live. He asked me if I’d like to bet on who could sustain the diet (at this time I didn’t understand it to be a lifestyle) longer. Without knowing what the future held for me, I agreed to the bet. He dropped out in the first week and I pushed through for a whole month. Unfortunately, I chose not to maintain the vegan lifestyle and transitioned to being vegetarian with the occasional piece of fish. That was 9 years ago now and the last piece of meat I’ve eaten was in the tri-tip sandwich. In total, it took me 8 years on my journey back to veganism, but on January 17, 2016 (happy 1 year veganniversary to me!) I made the final step to a 100% plant-based lifestyle. Here’s how I did it: I became extremely interested in the body and the connections humans and animals share here on earth. In this process, I asked myself “who am I and what do I believe in?”. I began wondering what kind of life I wanted to lead and how I could inspire others to do the same. This prompted deep introspection and all led me in the direction of love and universality. From that point on, I made the conscious choice to eliminate everything that stood between me and my beliefs. While doing this, I found myself making incredible leaps and bounds in terms of spirituality and physicality. On a whim, I signed up for the San Francisco marathon and completed it with minimal training. Then I went on to crush the Berkeley half marathon with fellow vegan super-powered athletes from Team Human League (yes, vegans have super powers). Now I’m training for a half Ironman triathlon and can feel my stamina, endurance, and mental fortitude progressing better than ever.

While discovering just how hard I could push my body, I began learning ways to enhance my performance while saving money. First, I started looking at local food store ads for sales on essential bulk items and plant-based products. Stores tend to have big sales multiple times per month as they make way for new produce and bulk items. If local ads aren’t available in paper form, they’re usually posted on a store’s website. Second, I began eating local fruits and vegetables currently in season. As I was doing this I found that imported produce tends to cost more than local produce. Third, whenever possible, I try to buy organic, which may not seem like a way to save money, but I count having low health care costs as money saving. For those of us on a budget, KQED published an article providing good tips on what produce contains the least pesticide residue. It’s important to know that eating genetically modified foods, processed foods, or fruits and vegetables that are sprayed with pesticides can have serious health consequences. The last money saving tip I practice regularly is foraging, or urban foraging. There are so many fruit trees in urbanized areas that are not being taken advantage of. Instead of being picked, fruits are falling on the ground for other animals to eat. The most common fruits I came across are oranges, grapefruits, apples, pears, blackberries and persimmons. Occasionally, you might even find an avocado tree which is a major score! If you’re worried about angry residents objecting to you picking their fruit, just knock on their door and ask. Every time I’ve offered money to people in exchange for fruit picking they’ve humbly declined and followed with requests to take it off their hands. It’s honestly less cleanup for them. Also, if you’re feeling adventurous, mushrooms and dandelion greens can be harvested in wooded areas and grassy fields, respectively. Foraging has not only saved me money, but has also added fun and excitement to my life.

When it comes to meal making, the easiest thing to do is make enough meals for multiple days. Instead of preparing individual portions, double or triple the recipe and you’re set for the next few days. Not only have I saved money from not being tempted to eat out, but I’ve also saved time by not having to cook on a daily basis. I take all my meals with me on the go which makes it easier to eat within thirty to sixty minutes after my workouts are finished. In the exercise world, this is known as the “metabolic window”. During this period, our muscles are searching for carbohydrates and protein to switch from a catabolic state (breaking down of muscular tissue) into an anabolic state (repair of muscular tissue). Shopping with a purpose is another thing that can save money and time. By meal planning and making a list of needed items, it’s easy to avoid over-shopping and over-spending. Before I go shopping, I check the refrigerator and cabinets to avoid purchasing things that aren’t needed. Mainstays in my kitchen include oats, beans, lentils, and quinoa as these items have an extended shelf life and are packed with essential micro and macronutrients. With those four items and a few different varieties of fruits and vegetables, a whole week’s worth of meals can be made in just a few hours.

If you’re interested in more tips, Plant Based on A Budget offers free recipes and meal plans to create ease when it comes to transitioning to a plant-based lifestyle. If giving up meat is a struggle, Beyond Meat, Tofurky, Gardein, and Impossible Foods are just a few of the companies paving the way in the production of meat-like products made from plant-based sources. I believe our bodies are machines capable of unlimited possibilities. By treating yours well, it will return the favor 10-fold. Thank you for reading! I hope this article inspires and motivates you towards living a more plant-based lifestyle.

“Nothing will benefit human health and increase the chances for survival of life on Earth as much as the evolution to a vegetarian diet.” – Albert Einstein 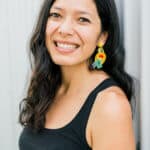