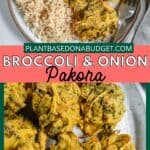 Simple and flavorful vegan pakora (spiced chickpea flour fritters) using just a handful of ingredients (including broccoli and onion – but the veggies are versatile), are easy to make, baked or air-fried rather than fried, naturally gluten-free, and ready in under 30 minutes! Once baked, enjoy these mixed vegetable pakoras as a tasty appetizer, snack, or side! 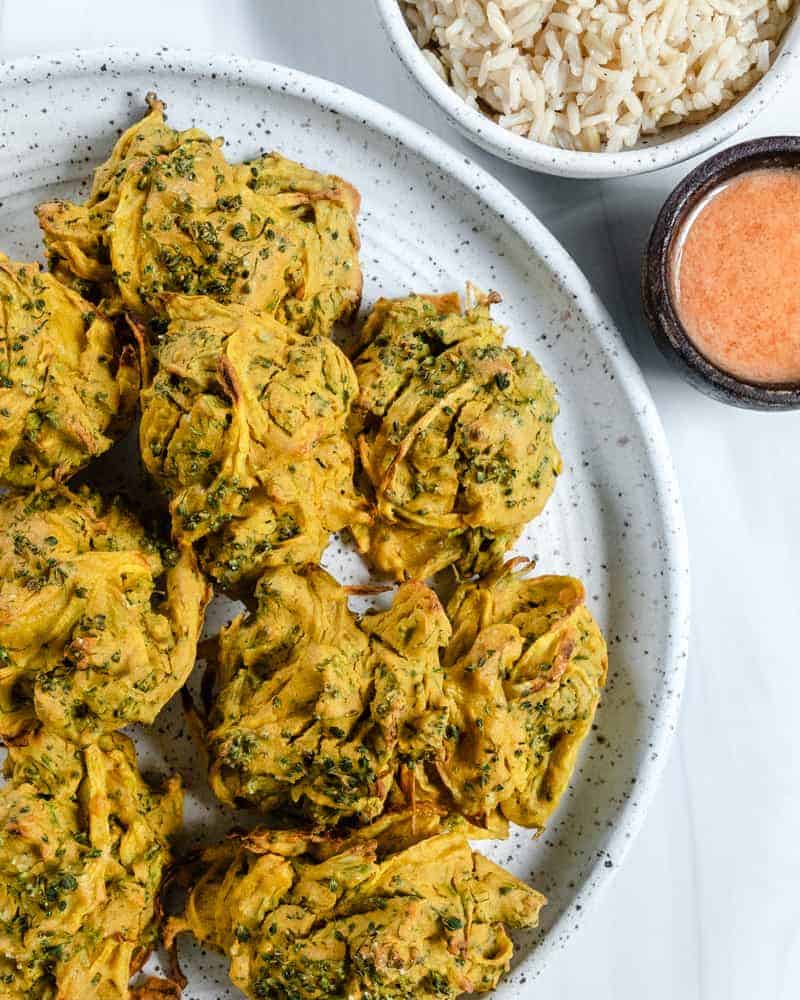 Broccoli and Onion Pakora (Fritters) in Under 30 Minutes!

If you’re a savory snacker, then vegan pakoras are the perfect snack for you (along with cheesy zucchini chips and patatas bravas). They’re lightly spiced, wonderfully savory, packed with veggies (which are interchangeable), and in a crisp bite-sized package, these vegetable fritters are super moreish. It’s no wonder that onion pakora is the most popular street food/snack across India! Now you can prepare these air-fried/baked vegetable fritters at home in under 30 minutes!

For this easy pakora recipe, we’ve made vegan broccoli fritters with onion. However, veggie pakoras are amazingly versatile and make for a great ‘clean out the fridge/pantry’ snack. Practically any veggie will work (read below for suggestions). Even the spices are versatile – with the combination we’ve used being simple to find and even healthful thanks to immune-boosting turmeric!

Plus, while traditional versions are deep-fried, we’ve prepared baked pakora – making them a healthier treat and no need for hot oil! In fact, these can be made into bake pakora or air fryer pakora. Either way, the results have a crisp outer shell with tender, flavorful, and veggie-packed middle!

What is Broccoli and Onion Pakora?

Pakoras (also called pakoda) are a popular Indian snack used as an appetizer at restaurants – usually served alongside chutney, tamarind sauce, or raita. They are spiced and deep-fried fritters made by combining ingredients (usually veggies) in a spiced batter (usually chickpea flour batter) and deep-fried until crisp.

Several popular varieties of vegetarian pakoras include onion, potato, spinach, eggplant, paneer, cauliflower, broccoli, tomatoes, etc. For this version of vegetable pakoras, we’ve used a combination of onion and broccoli – though the veggies are easily interchangeable.

We recommend you make a double batch when possible because these fritters are one of the moreish snacks. We can’t seem to stop eating once we get started! Plus, leftovers will chill and freeze well to be reheated later, so there is no need to worry about waste! 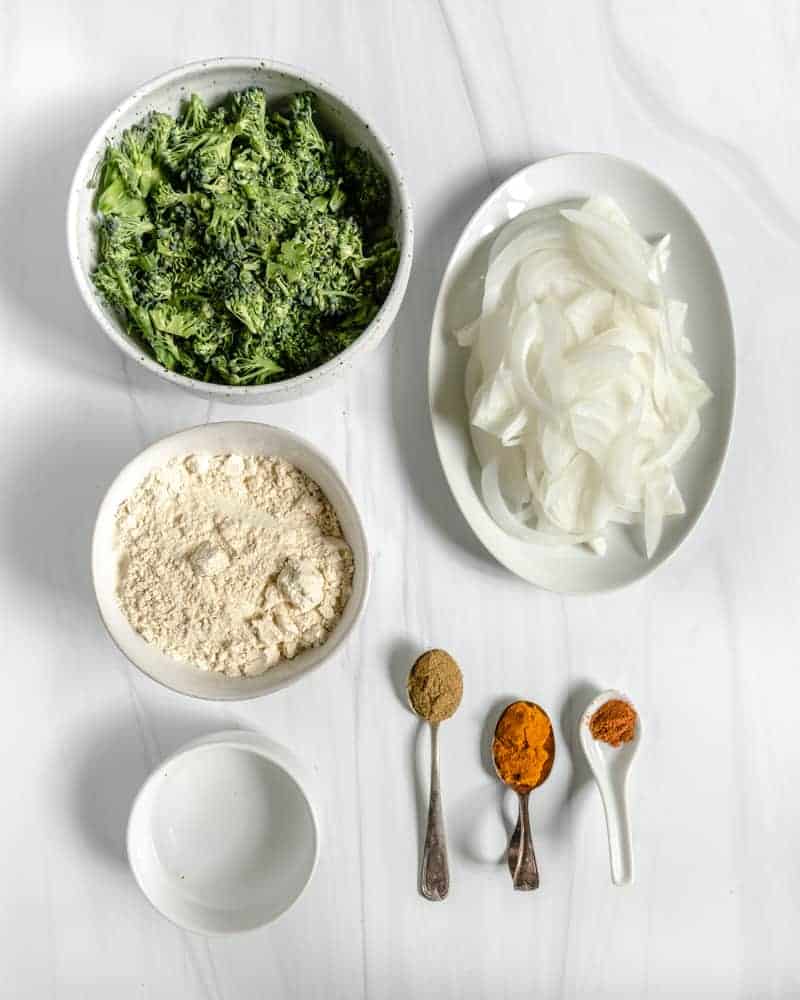 What is the best way to chop vegetables for pakora?

Depending on the vegetables you’re using in the air-fried/baked pakoras, there are different ways of preparing them to cook evenly. We recommend: 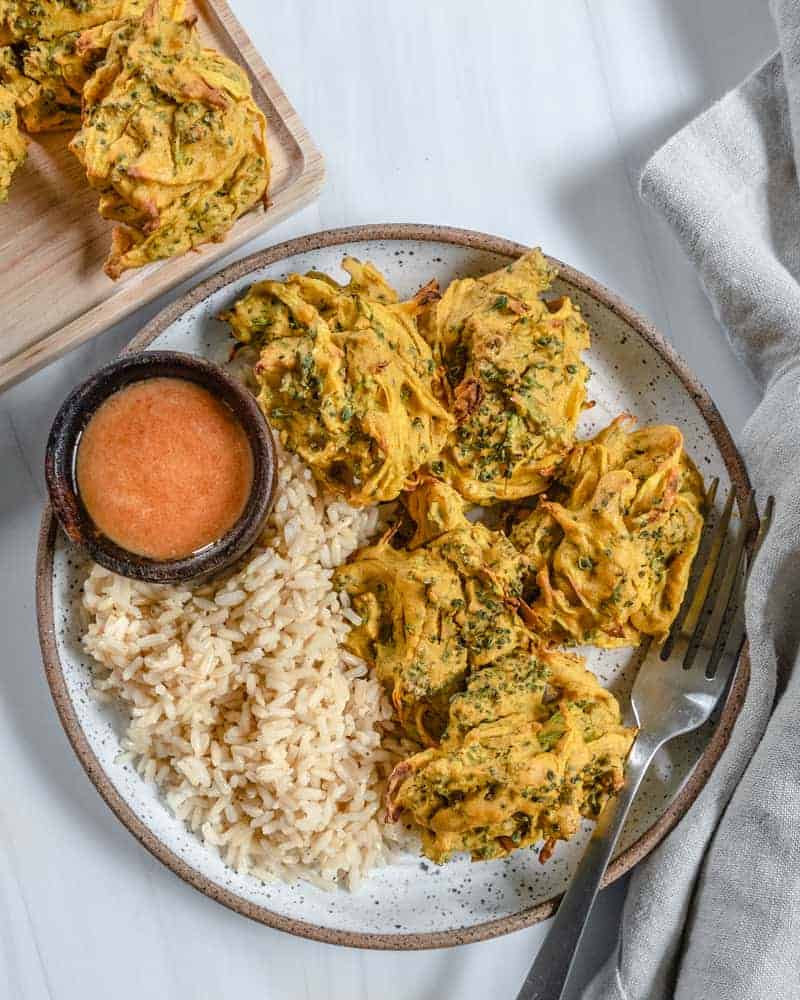 How to Make Broccoli and Onion Pakora (Vegetable Fritters) 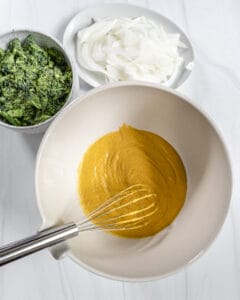 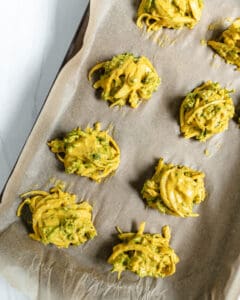 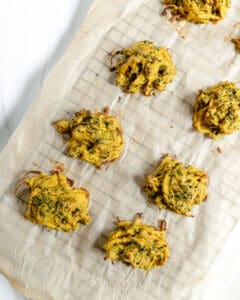 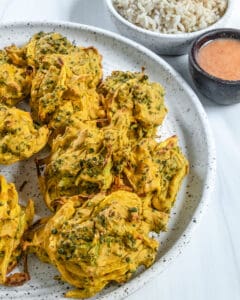 Prepare the vegan pakora batter in the same way as written above. Meanwhile, preheat your air fryer to (390F/200C). Line the bottom of your air fryer (with air-fryer liners or parchment paper). Then spray lightly with cooking spray/oil. Next, with a small ice-cream scoop, scoop the batter into your air fryer, leaving at least an inch between each veg pakora.

Then cook for 9-12 minutes, flipping halfway, until golden brown and crispy. The exact time will vary depending on the size of your veggie pakoras and your air fryer brand/model.

How to Serve Vegetable Broccoli and Onion Pakora?

You can enjoy these vegan pakoras either as an appetizer, snack, or ‘small plate’ served alongside sauces of your choice. They also make for a great party ‘finger food’/ canapé.

In terms of dipping sauce, we like using chutneys (green chutney is delicious with pakoda), sweet chili sauce, and a herby creamy cilantro sauce. You can also make a simple dairy-free yogurt mint sauce/raita.

In India, it’s also popular to enjoy a vegetable pakora or two with a steamy cup of masala chai! 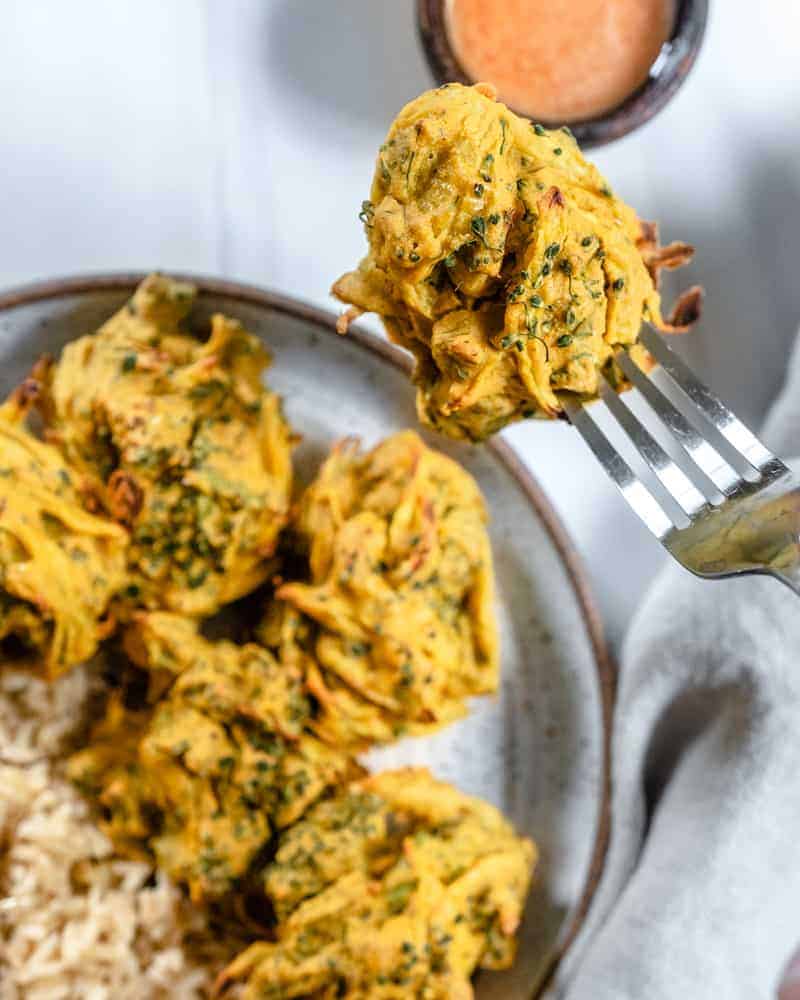 How to Prep and Store Pakoras?

If you want to cut down on prep time on ‘the day of’ – you can prepare the vegetables up to two days in advance and store them in an airtight container in the fridge. We don’t recommend preparing the chickpea batter too far in advance as it can thicken and become too dense. However, you can experiment with making it a day in advance (let us know the results in the comments) – just store the batter and veggies separately until right before cooking.

Once prepared, you can store the leftover baked pakoras in an airtight container in the fridge for 5 days or in the freezer for 3 months.

To reheat the pakoras (and bring back crispiness), you can place them back in the oven at 350F/180C until hot and crispy (8-15 minutes based on if they’re chilled or frozen). In an air fryer, this will take just a few minutes.

You can also add things like peas/corn (no need to chop). 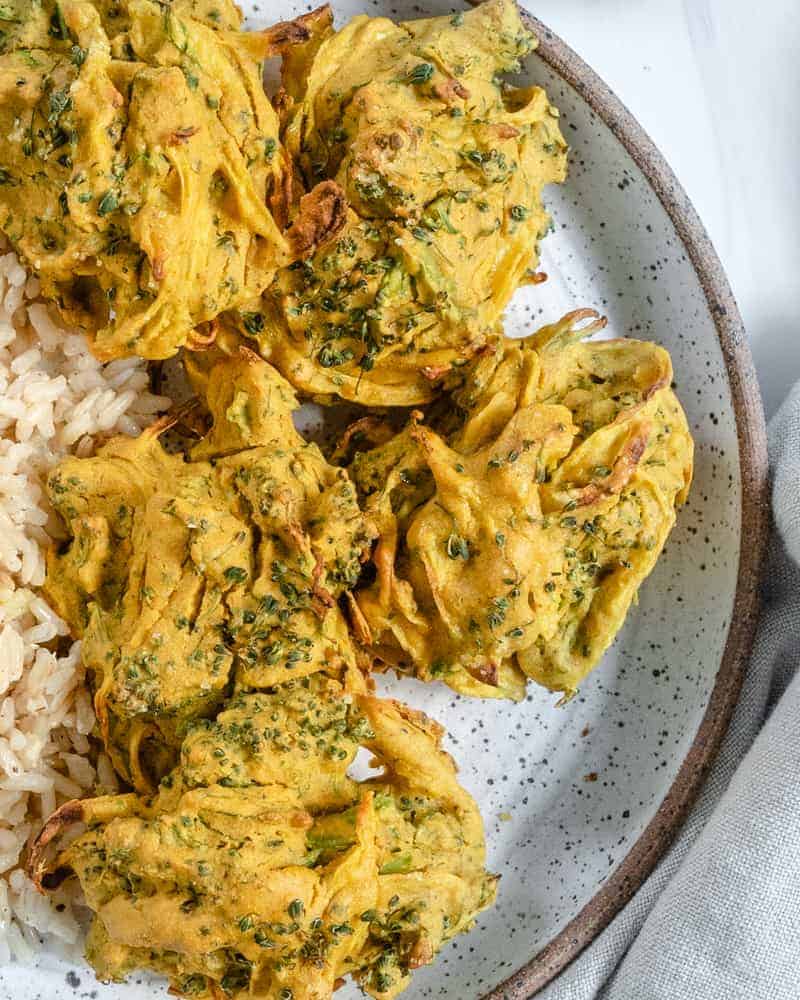 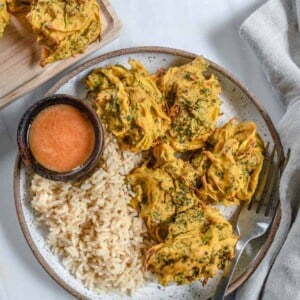 SaveSaved Print
This simple and flavorful vegan pakora uses just a handful of ingredients, are easy to make, baked or air-fried rather than fried, naturally gluten-free, and ready in under 30 minutes!

You can enjoy these vegan pakoras either as an appetizer, snack, or ‘small plate’ served alongside sauces of your choice. They also make for a great party ‘finger food’/ canapé. In terms of dipping sauce, we like using chutneys (green chutney is delicious with pakoda), sweet chili sauce, and a herby creamy cilantro sauce. You can also make a simple dairy-free yogurt mint sauce/raita. In India, it’s also popular to enjoy a vegetable pakora or two with a steamy cup of masala chai! 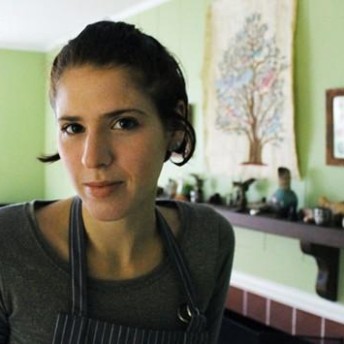 Renee Press is the founder of Fire and Earth Kitchen in Seattle WA. which offers cooking classes, food coaching, and chef services. She’s on a mission to make vegan, gluten-free cooking easy, accessible, and delicious for everyone. fireandearthkitchen.com 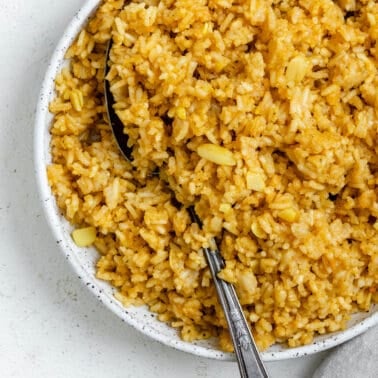 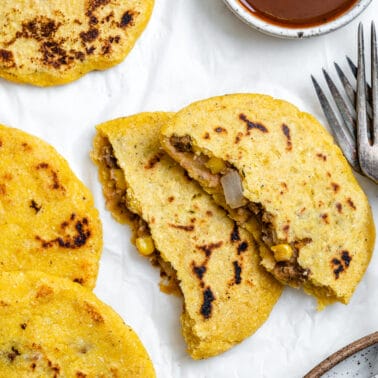 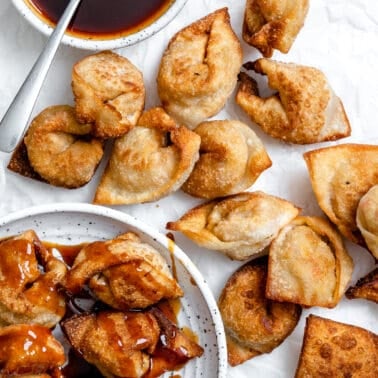 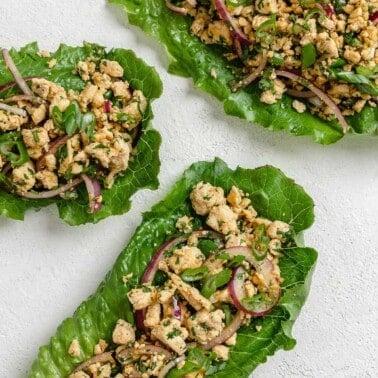 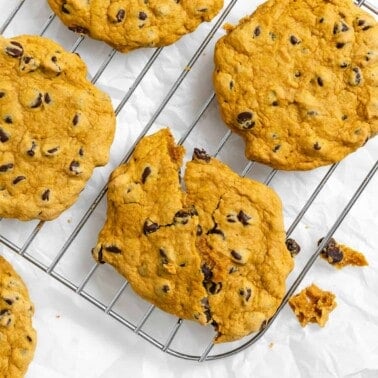 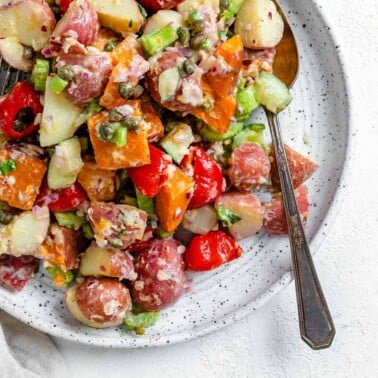 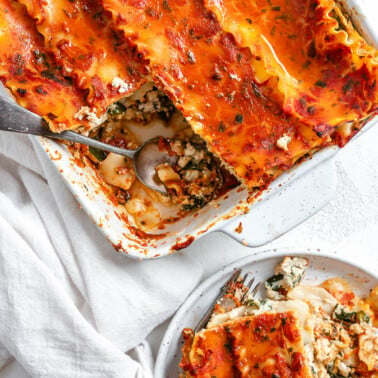