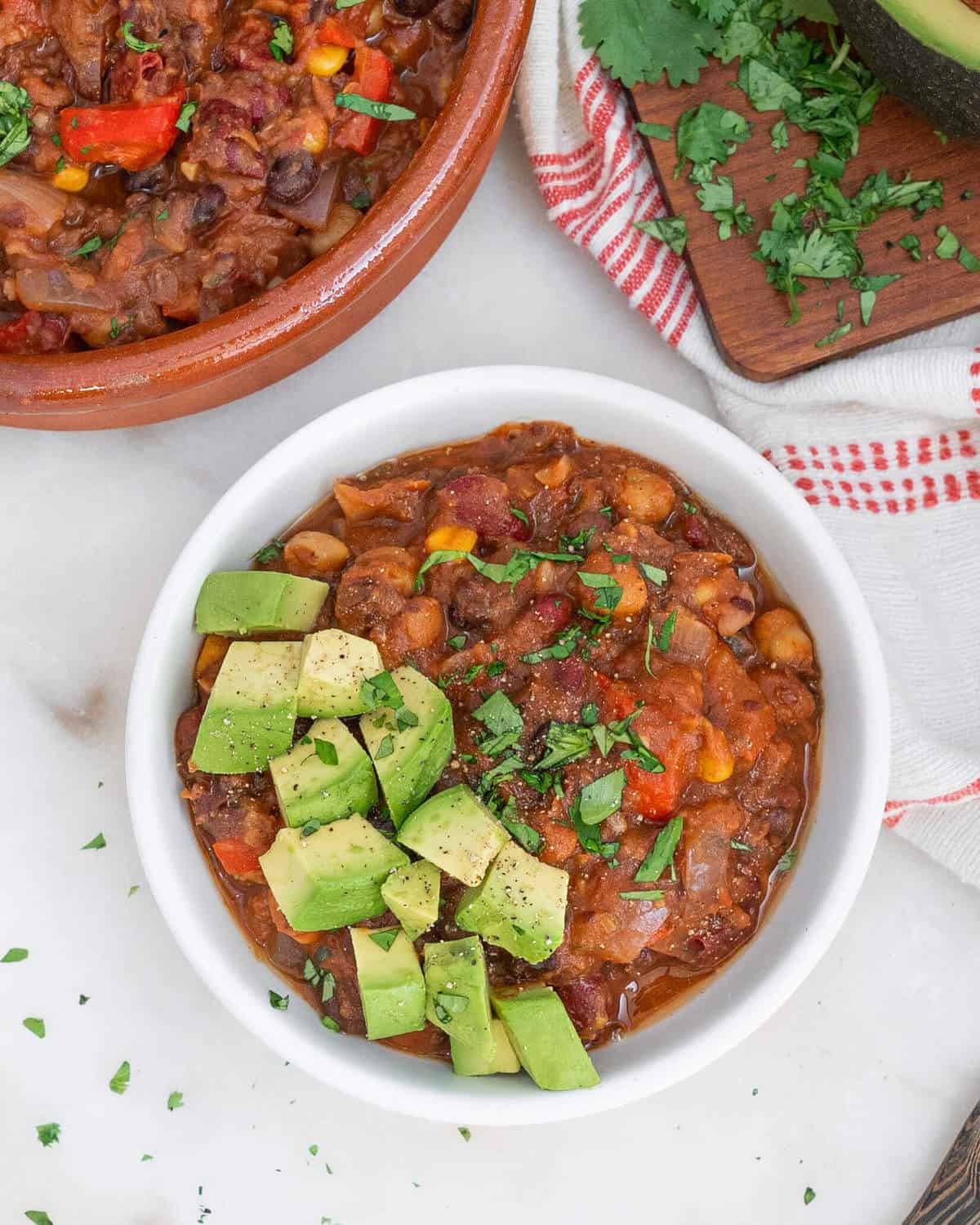 We are very excited to share yet another amazing, hands-off recipe to help you avoid those last-minute dinner prep worries. This Crockpot Four Bean Chili is the answer to your “Dinner’s ready” prayers! It’s packed with protein, veggies, and most importantly, all the flavor.

As many of us have, you might be wondering whether it is best to buy a crockpot or a pressure cooker. It’s a serious dilemma and we are happy to help you with the decision. The easiest answer is, it depends on your needs. They are both amazing pieces of equipment that can help you put a delicious and healthy dinner on the table without having to be hands-on in the kitchen but they do have one major difference.

A crockpot is a slow cooker so it does require some planning in advance. You’ll need to have decided what you’ll be eating for dinner with hours in advance but once you get it going, you can forget about it until it’s ready to be served. A pressure cooker gets you to the same place but way faster, you can whip up a stew or a soup, like this Crockpot Four Bean Chili, Coconut Curry Soup, Garlic Ginger Soup, Pasta, Bean & Tomato Soup in 5 minutes. Yes, 5 minutes. This obviously allows you to be more spontaneous and might be the better choice if you don’t have that planning itch inside you.

The beauty of this Crockpot Four Bean Chili is that you can prepare a big batch on Sundays (or any day you’re up for batch cooking) and have it for the rest of your week. If you usually struggle with lack of time, then we couldn’t recommend this weekly step enough. 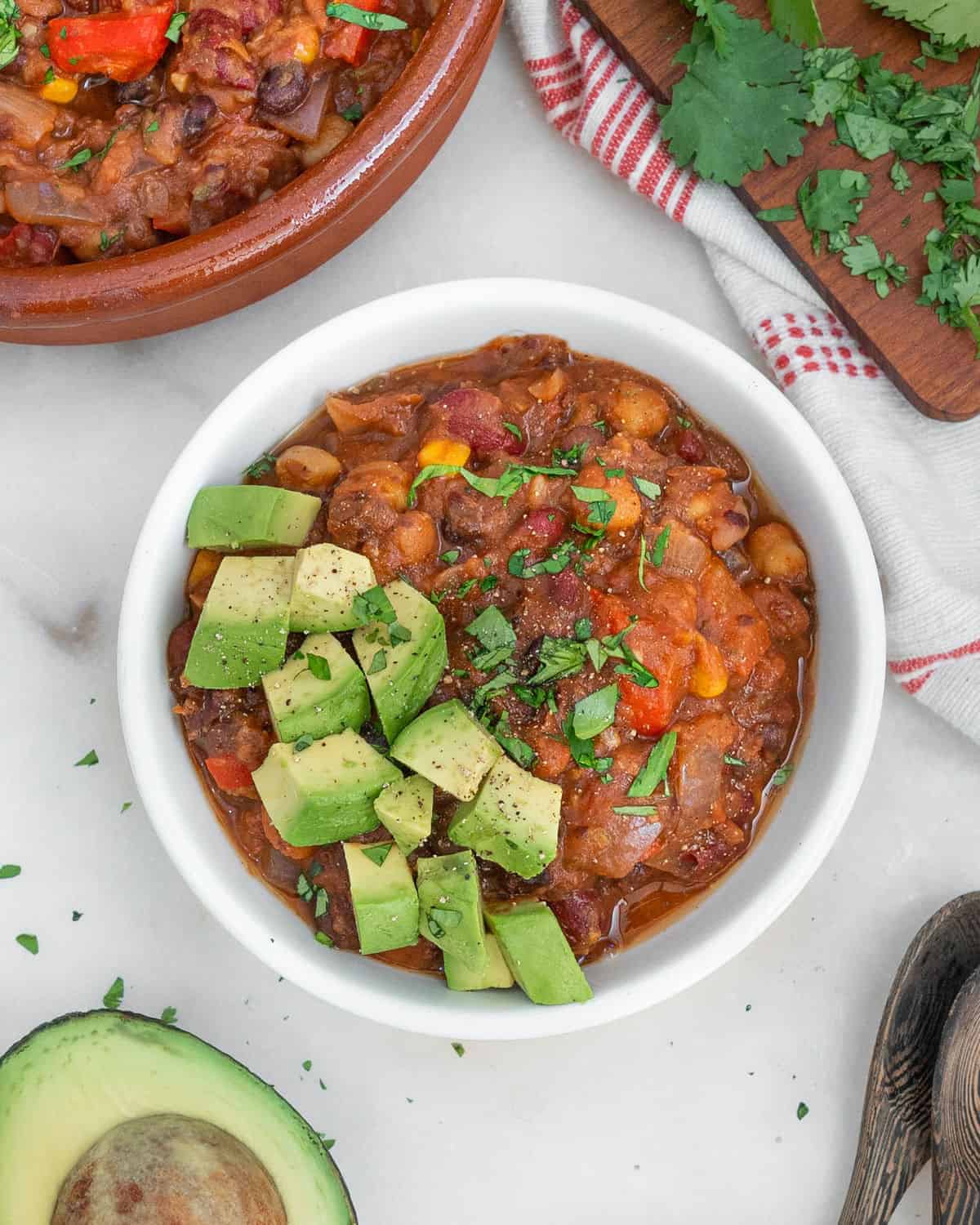 Keep scrolling to the recipe card for the complete list of ingredients and recipe instructions!

What to Serve with Vegan Chili?

When it comes to eating chili, there is often a divide between whether chili gets served with cornbread or cinnamon rolls. The Midwest is known for its unique cinnamon roll and chili combo, while other people believe that chili is best paired with cornbread. No matter which side you take, you can pair this vegan chili recipe with either and have very happy tastebuds!

You can also make a vegan chili bar and have out a variety of yummy vegan toppings for people to choose from. A few topping ideas include vegan cheese shreds, tortillas, hot sauce, and avocados! 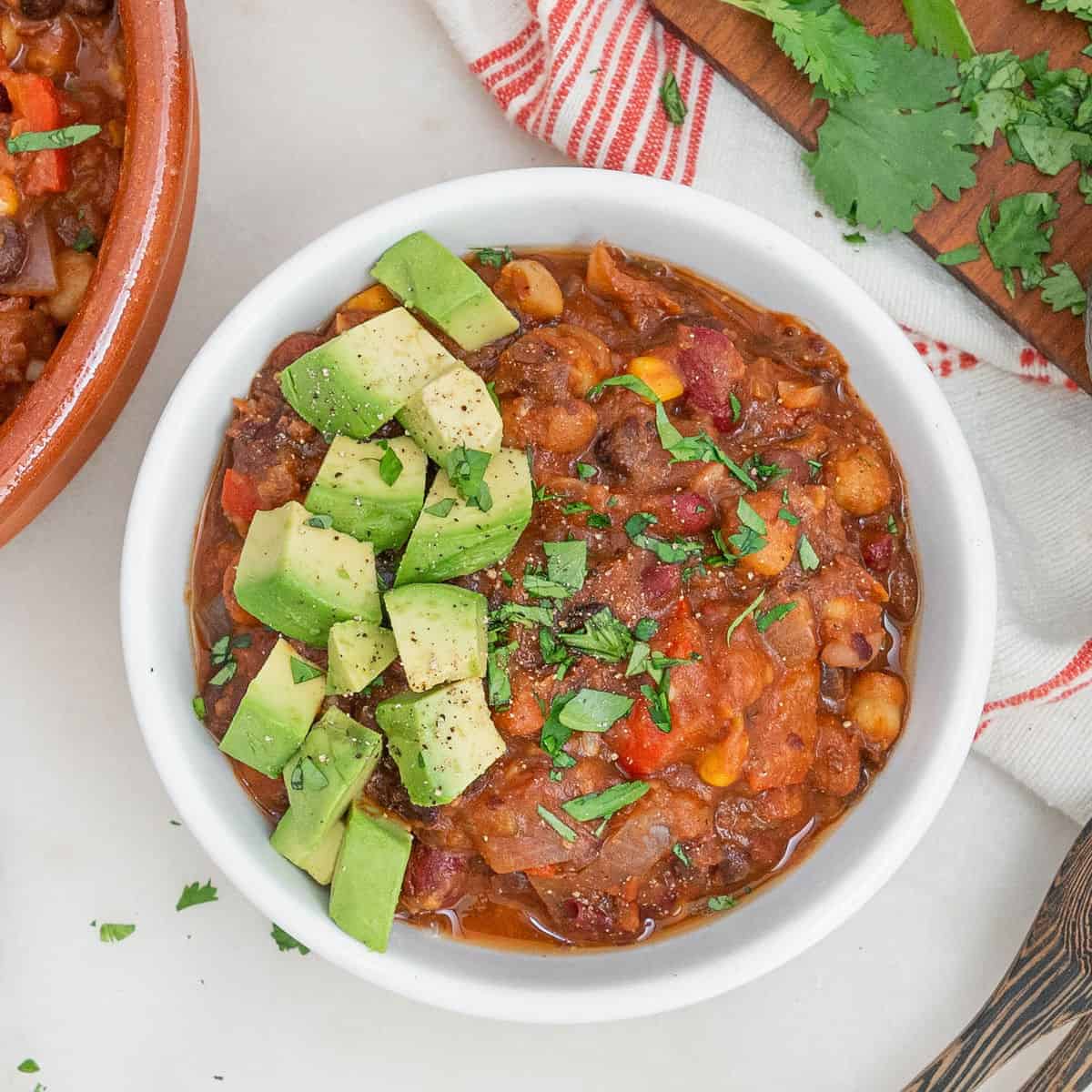 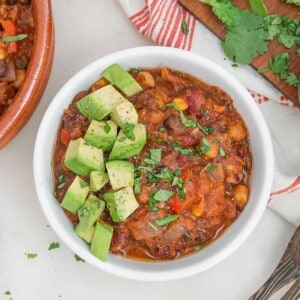